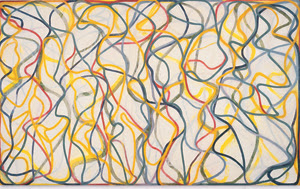 Been thinking a lot about hospitals and shit.

More specifically, health insurance and cancer, really. I woke up the other day to find two of the top headlines to be Elizabeth Edwards's renewed battle with what is apparently a treatable but incurable cancer, and Tony Snow's difficult revelation that his colon cancer has returned...in his liver...which anyone who knows cancer knows is pretty much the death knell. Those two sobering bits of news were enough to remind me how prevalent (and fucking scary) cancer is in general - and how foolish and frustrating it is to have oncologists tell sufferers they are "cancer-free," because the shit inevitably comes back, sans some major lifestyle changes.

I just refuse to believe that this pervasive disease has to be normal, though. There are a lot of naturopaths who decry the fact that dying of cancer has come to seem so inevitable. This pathology really is, at its base, a product of too many toxins - put simply, when we put the kinds of poisons in our bodies that we do on a daily basis (e.g. alcohol, chemicals from exhaust fumes and whatnot, pollutants in the air, weird hormones and steroids from animal products, etc.) it's no wonder those mutate into malignant cells. And I do believe we have it in us to do something in this moment to prevent cancer ten years down the road. But, god, it's hard - it's really hard - to drink carrot juice instead of wine, or eat spinach instead of ice cream.

I'm really trying myself right now to be 100% about living well, and it's not easy, for sure. But then I read stories like Edwards' and Snow's, and they're so YOUNG (early 50s!), and they have young kids, and it breaks my heart. It's hard not to feel hopeless about things like cancer, especially when you have known people who've lost the battle after a back-breaking struggle. And at this point, who hasn't?

Anyway, on that slightly melancholy note, there was also an interesting article in this morning's Chron about health insurance and how outrageous it is that the US is so far behind on securing universal health insurance. I know I've got health shit on the brain post-injury but it's an eye-opening article nonetheless. "Uninsured patient billed more than $12,000 for broken rib"

And on a happier note, yesterday I lost myself in the echoing silence of the MoMA and its new Marden/Picasso exhibits. And holy schnikes. Killer shit. Marden's "The Muses" and "Nebraska" stood out; as did several of the large-scale Pollocks and de Koonings that were part of the Picasso exhibit. Marden's green-bluesy palette really rocked my world. As did his clear Greek and Asian influences - very light-reliant, very nature-inspired, very Zen in some serene, calming kinds of ways. Here's an article from the NY Review of Books when the exhibit was in NYC that gives some great background: "Journey From 'Nebraska'" Check it, dude.

Anonymous said…
hold on there - wine is good for you! cancer fighting good! just not if you drink as much as i did last night. wine, dark chocolate, almonds. thats my favorite diet.
and if you ever want a scream and cry session about the downright evilness of unequal healthcare and insurance, im ready. oh man, im ready. yes, theres a story there. oh my blood boils.
April 1, 2007 at 4:17:00 PM PDT

sp said…
You might be interested in this link from the CBC. The reporter, Wendy Mesley, who was diagnosed with cancer seems to suggest in her report that much of the responsibility is placed upon the individual to keep themselves "cancer free". The jumping off point for her was knowing she had done all the things outlined by the Canadian Cancer Society and still got cancer. So why? While our health care system is quite different in Canada, we have similar problems globally as cancer rates continue to rise overall.
April 1, 2007 at 6:00:00 PM PDT